‘fathom,’ is the company’s new social impact-focused fathom brand, and will debut in April 2016 with volunteer vacations to the Dominican Republic. The new brand will launch seven-night “people-to-people” tours to the island via ship beginning in May 2016, contingent on approval by Cuban authorities.

When Carnival Corporation announced their new brand on June 4th, many industry insiders saw this as a strategic move to make sailings to Cuba possible.

“When Carnival announced and explained their new brand I knew immediately that they would be heading to Cuba,” said Liam P. Cusack, Managing Editor of Cruise & Travel Report. “It makes perfect sense. The loophole is there, why not take advantage of it? The market is there and Carnival will benefit tremendously.” 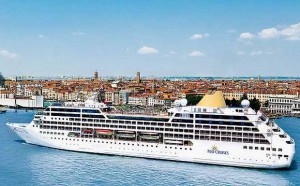 While leisure travel to Cuba including traditional cruises still is banned under the USA’s five-decade-old embargo, U.S. travelers who fall under one of 12 approved categories including educational activities and people-to-people exchanges now can legally visit the country without needing a license in advance.

Since ‘fathom’s’ passengers fall into this category US citizens will be able to legally visit.

Carnival Corp. says the new Cuba cruises will be offered on fathom’s single ship, the 710-passenger Adonia, and provide “cultural, artistic, faith-based and humanitarian exchanges between American and Cuban citizens” — meeting the definition of people-to-people travel.

Carnival Corp. didn’t release details of the itinerary it plans for the Cuba trips, citing the need for Cuban government approval. But U.S. travelers can reserve a spot on a voyage starting today by putting down a $600 deposit. Fares start at $2,990 per person plus taxes and port fees. The fare will include all on-board and some on-the-ground activities.

Check back later today for updates.