Seattle, WA. May 4, 2017 – At nearly 145 years old Holland America Line is steeped in heritage and tradition. What better way to embrace its roots and Dutch heritage than to celebrate King’s Day, a national holiday in the Netherlands which marks the birthday of King Willem-Alexander. This year King’s Day was on April 27th, 2017 and on board the ms Oosterdam some Holland America’s top executives joined in the festivities donning orange accessories, to celebrate the Royal House of Orange, and drinking toasts to the King’s health. The line honors the day with special King’s Day parties throughout the fleet. 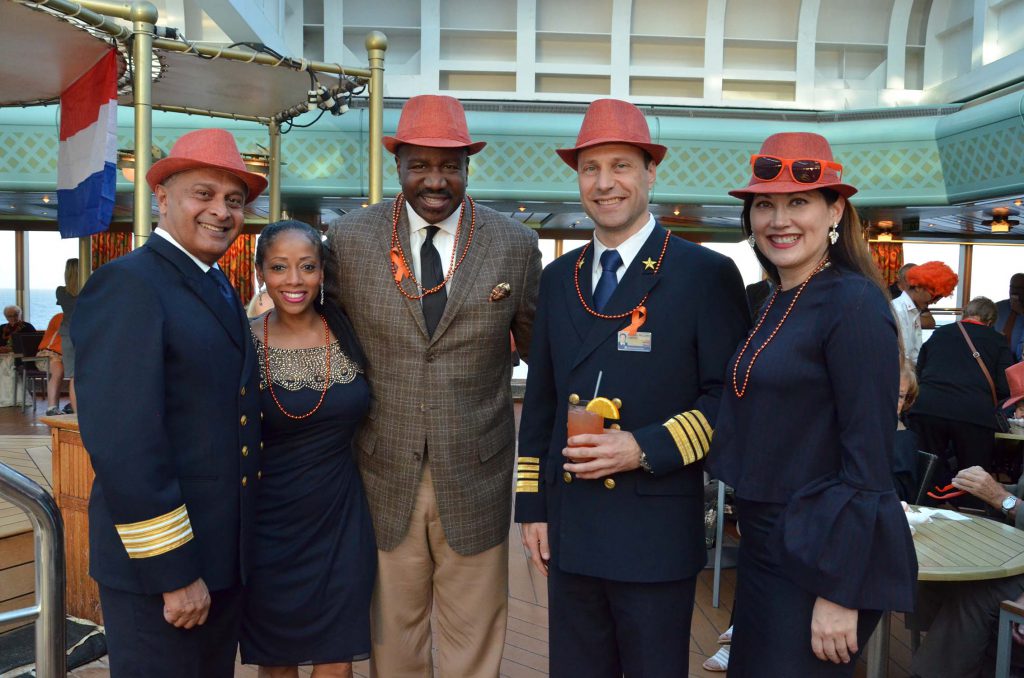