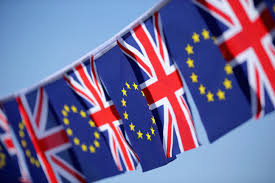 New York, NY — June 24, 2016: In what is most certainly one of the most shocking outcomes to a referendum in recent memory, the United Kingdom of Great Britain & Northern Ireland has decided to leave the European Union. How will this affect travelers? On the morning following the results of the referendum, opinions range the gamut from shear panic to misplaced over-optimism. One thing is certain there will be repercussions and they will be wide-ranging, here are some of the effects travels should be prepared for.

Immediate Response–Surprise, But Not Much Else

Certainly there have been major developments since the results of the vote. Prime Minister Cameron announcing his resignation; world economic uncertainty, currency market confusion, renewed calls for Scottish independence and calls for a referendum on the unification of Ireland and Northern Ireland.

Aside from the initial shock, and political gamesmanship nothing really is going to happen immediately. Even if the UK invokes Article 50 of the Lisbon Treaty today, it still gives the UK and the EU two years to plan and accomplish the departure. Though many government ministers have put the number at closer to four years.

Customs & Border Patrol – “Brexit” Will Not Affect the US Traveler

Companies such as Cunard Line and P & O Cruises took to Twitter first thing on Friday morning to reassure it’s guests that there are no changes to the check-in or immigration processes. For the moment this is true, for citizens of the UK, but there will be changes coming for UK citizens. Most obvious will be UK Passports and drivers licenses. Presently, all UK passports and drivers licenses bear the words “European Union” on the cover, but this will be phased out as people renew their passport or driver’s license.

United States citizens will not have to worry about any of this. The American traveler in Europe won’t see many changes to customs and border patrol at all, except for the fact that lines, in the future, might be longer as UK citizens will no longer have access to the shorter EU lines any longer.

No-Frills airlines like Ryanair and easyJet have made travel to and from the UK from all over Europe efficient and extremely inexpensive. The departure of the UK will mean that new air service agreements have to be negotiated and that could mean a fare increase. 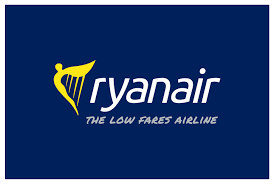 Presently the “Open Skies” agreement represents one of the most tangible benefits of European Union membership. Since 1994, any EU airline has been free to fly between any two points in Europe.

The freedom to fly allowed easyJet and Ryanair to flourish, and has forced “legacy” carriers such as BA, Air France and Lufthansa to cut costs and fares. On any European journey you care to name, the typical fare is around half what it was in the early 1990s – and anyone who can be flexible about timing can save even more.

Before the referendum, some in the “Remain” camp speculated that “Open Skies” would be among the first arrangements to be thrown out.

If the UK negotiates a similar arrangement to Norway, within the European Economic Area (EEA), then little would change; Norwegian, a non-EU budget airline, flies successfully within Europe and from the UK to the US and the Caribbean.

If Britain does not join the EEA, then every route between the UK and the EU might need to be renegotiated on a bilateral basis. The bureaucratic logjam would be immense. Similarly, British Airways and Virgin Atlantic have easy access to America because of an EU-US treaty on open skies.
But given that London is the world hub of aviation, and a key destination for dozens of airlines, it looks unlikely that routes to and from the UK will be affected.

The freedom for British airlines such as easyJet to fly within and between EU countries could be curtailed; nations such as France and Italy have in the past been protectionist of their home airlines.

The chance to clip the wings of the likes of easyJet could be welcomed by politicians and airlines in other EU countries – if not by travelers. It is likely that airlines will restructure into separate UK and EU-based corporate entities, adding complexity and cost, and reducing flexibility. Immediately after the result, Carolyn McCall, easyJet’s chief executive, said she had written to the UK government and European Commission urging them “to prioritize the UK remaining part of the single EU aviation market.”

The Value of the Pound 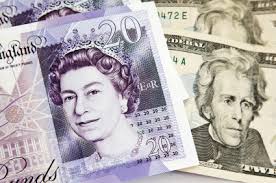 Immediately following the announcement of the “Brexit”results, currency markets opened to near turmoil with the British Pound dropping to levels not seen since the Thatcher years back in the early-mid 1980s. The US dollar to the British Pound has never been equal. While this will be a boon for US travelers, this will mean a rise in the cost of travel for UK residents.
Here in New York City, tens-of-thousands of UK citizens visit to shop, dine, attend the theater and shop some more because of the Pound/Dollar disparity. This will change and New York City, Florida, Las Vegas and other US cities popular among UK travelers will see a decline in tourism.
This situation will make travel to the UK much cheaper for US visitors.

Number of UK Cruisers to Increase

This decline in destination tourism might become a boon for cruise lines. The UK are one of the biggest nations for cruisers and the number of cruisers is likely to increase due to the “Brexit.” This is in part due to the anticipated devaluation of the Pound, but also because of likely changes in customs and border controls. The appeal of the cruise package to the UK traveler is that they pay one price, and they don’t have to worry about anything else. While the numbers of UK citizens going shopping in NYC might decrease, UK citizens shopping on board a cruise ship in the Caribbean will more than likely increase.

Nearly 70 percent of jobs in London’s tourism and travel industry are dependent on immigrants, according to a report by the Association of British Travel Agents. The dependency on immigrants in the travel and tourism sector is much like here in the United States. Anti-immigrant sentiment is one of the reasons why voters chose to leave the EU. “Leave” supporters are for reforming immigration policies and cutting the number of new immigrants. This cut in immigration could lead to the short-staffing in the industry. In raw numbers, an estimated 63,000 jobs could be lost.

What Do We Know?

It’s been less than twenty-four hours since the results were announced. Yesterday, at this time, most people would not in their wildest imaginations have dreamed what has passed. Pundits, prognosticators and politicians are all trying to predict what will happen next. Many have extremely well thought out predictions, but if anything is certain, it is certain that the future can not be predicted.

Liam P. Cusack, Managing Editor, is a grduate of Columbia University’s School of International & Public Affairs and a former political journalist at the Daily News.