Seattle, Wash., Jan. 5, 2016 — Holland America Line’s ms Koningsdam earned a perfect score of 100 on its first routine United States Public Health inspection conducted by the U.S. Centers for Disease Control and Prevention. The ship launched in April 2016 in Europe and made its maiden visit to the United States in November. 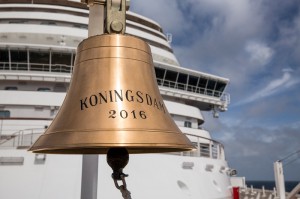 Koningsdam’s first unannounced U.S.P.H. inspection was held Dec. 20, 2016, during a call at San Juan, Puerto Rico, in the middle of a 10-day Caribbean cruise.

“A new class of ship means many firsts for our crew in managing operations on board, and we couldn’t be more proud of everyone on Koningsdam who worked diligently to earn a perfect score for the ship’s first public health inspection in the United States,” said Orlando Ashford, president of Holland America Line. “We’re doing very well on our U.S.P.H. inspections, and we’re going to continue to focus on maintaining the highest standards across our fleet. Congratulations to the officers and staff of Koningsdam for this well-earned accomplishment.”

The score, on a scale from one to 100, is assigned on the basis of a checklist involving dozens of areas of assessment, encompassing hygiene and sanitation of food (from storage to preparation), overall galley cleanliness, water, shipboard personnel and the ship as a whole.